Get fresh music recommendations delivered to your inbox every Friday.
We've updated our Terms of Use. You can review the changes here.

by George Kinney and the New Riders of the Golden Dawn 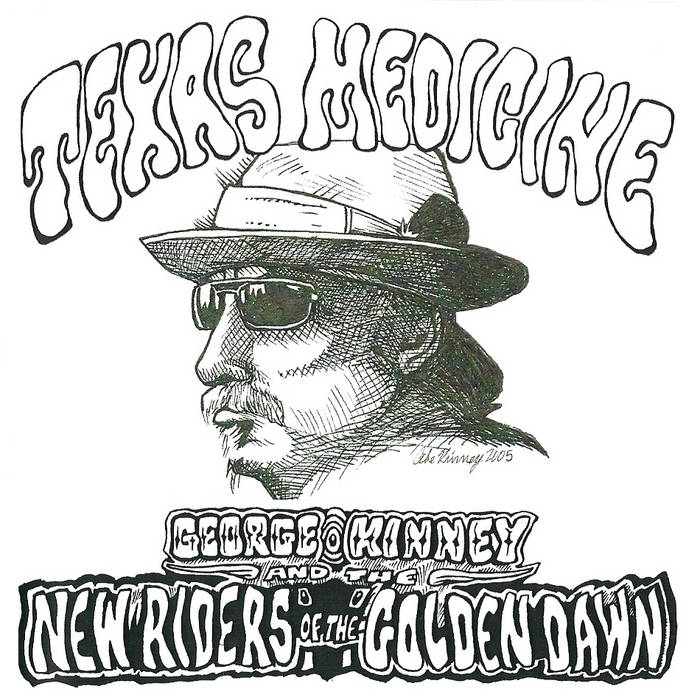 "Texas Medicine" features a bonus 14th track not shown which is included free with album purchase.

"Texas rock legends The Golden Dawn have reformed and have issued a new album - Texas Medicine. This is their follow up effort to their 1968 debut, Power Plant, on the famous Houston-based psychedelic rock label International Artists. The album features a virtual "who's who" of well-known Texas rockers as guests. It takes its name from a proposed LP title by former 13th Floor Elevators guitarist Stacy Sutherland.

The album is a worthy follow-up to Power Plant. Singer/songwriter, George Kinney, is a powerful vocalist who has been compared in style to his childhood friend Roky Erickson. Rather than weakening over the decades since Power Plant, Kinney's voice has aged like a fine wine, exposing new nuances.

Bandcamp Daily  your guide to the world of Bandcamp